There is a life-size statue of “Three Soldiers” in Washington, D.C., just a few steps from from the Vietnam Veterans Memorial Wall.

Frederick Hart, a sculptor, created the men wearing the U.S. Army and U.S. Marine Corps uniforms, holding weapons from the Vietnam War era, and facing the memorial wall. The guy on the left is holding an M-60 general purpose machine gun, and his body is covered in ammo belts.

The initial M60s, like the M16, were prone to filth and fouling, and their earliest users considered them to be heavy and unwieldy, earning them the nickname “pigs” in popular culture.

A common squad practise of handing the “pig” to a new, relatively replaceable newcomer rather than to someone with the physique, training, or expertise to get the maximum performance out of the gun was one of the earliest concerns.Since its introduction in 1957, the M-60 has served American soldiers well in a variety of conflicts.
The early M-60 model was far from ideal, and soldiers had to improvise modifications with everything from wire coat hangers to empty C-ration cans.
The M-60 is also a substantial weapon; the machine gun alone weighs around 23 pounds, and those ammunition belts aren’t exactly light either.It makes sense why the M-60 was given the disparaging moniker “The Pig.”However, one thing is for sure.
Even with its shortcomings, the M-60 can be used by soldiers to put down a lot of firepower, whether they are engaged in combat in the Afghanistani badlands or the jungles of Southeast Asia. 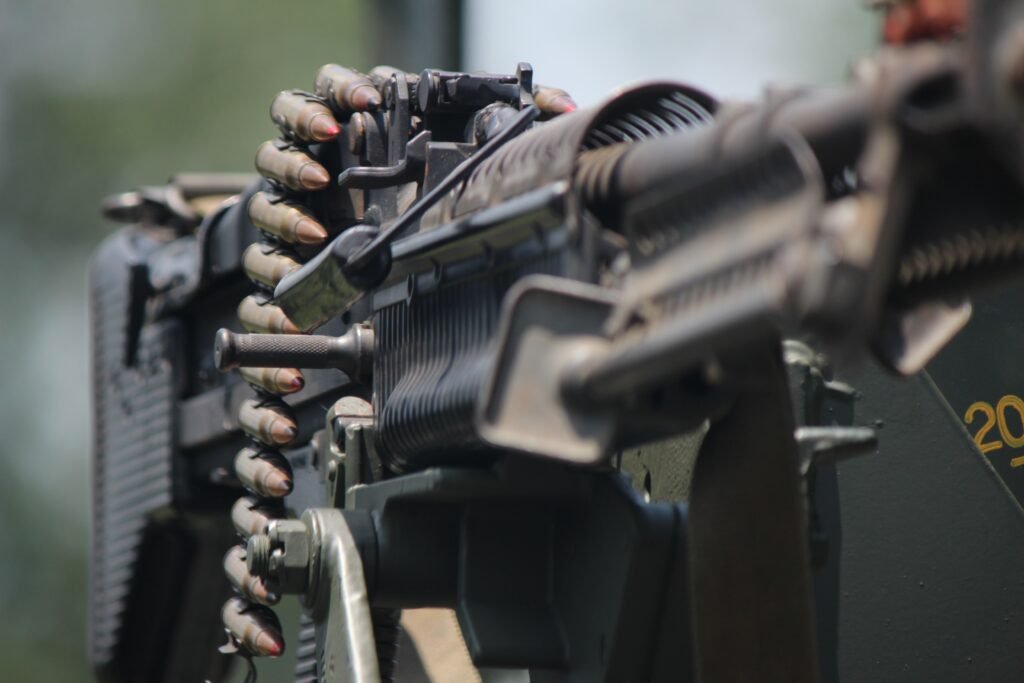 The M1918A2 Browning Automatic Rifle, which was introduced at the close of World War One and became the typical American squad weapon in World War II, was developed. On the other hand, the Germans created the MG 34 and MG 42 light machine guns, which were built of stamped metal and machined metal, respectively. These weapons’ devastating rates of fire, which were made possible by interchangeable replacement barrels to prevent overheating, set a new standard. Like many weapons after WW2 they based it on the German FG42 a ground breaking sub machine gun. The FG 42, a lighter squad machine gun made for Fallschirmjäger (paratroopers) that used a 20-round magazine similar to the BAR’s, was too late to see widespread production, but it and its ancestors had a big impact on the Americans, who began incorporating German design cues into their own squad machine gun.
Due to this, a drawn-out process took place that ultimately resulted in the T161E3, which was essentially a FG 42 that was made to fire belt-fed ammunition like an MG 42. This became the M60 in February 1957 after being standardised for the American military. The M-60 is a gas-powered, air-cooled, belt-fed general purpose machine gun.
The M-60 crew must change the barrel of the weapon around once per minute because it fires the 7.62 mm bullet at a rate of about 550 rounds per minute.
The M-60 also comes with a built-in, folding bi-pod, although it may also be fixed to a folding tripod. As a squad support weapon, vehicle-mounted machine gun, and “flex gun” fitted in the doors of helicopters like the UH-1 Huey and the CH-47 Chinook, the M-60 was and remains a mainstay of the American armed services. After World War II, the M-60 began to develop.
German MG-42 machine guns were viewed with grudging admiration by American generals. The Wehrmacht soldiers who fired it gave it the moniker “Hitler’s Bone Saw” due to its extreme strength.
Belt feeding and a blinding rate of fire were two features that weapons designers found appealing in the MG-42.
The Americans closely examined the gas-operated bolt and other equally attractive features of the Fallschirmjägergewehr 42, also known as the FG 42 combat rifle. The best that Germany had to offer was used by ordnance specialists to create a machine gun prototype.
When compared to international models like the FN MAG, some people claimed it wasn’t the ideal machine gun, but the fact that it could be produced domestically made congressmen from defense-related districts quite happy.

In Vietnam, the M60 dangled from helicopter doorways, stood guard on bunkers, and accompanied squads into combat. It became the “Hog” or the “Pig” to American soldiers because its report sounded like the grunt of a barnyard hog. The M60’s maximum effective range with a bipod was 800 metres  Every man in a rifle squad often carried a spare barrel, 200 linked rounds of M60 ammo, or both. a 100-round bandolier with a metallic split-link belt that is disintegrating was used to feed ammunition into the weap . But during the Vietnam War, the M-60’s three-man crews learned the machine gun had its quirks.To begin with, no one who designed the M-60 thought to add a wire carrying handle to the barrel.
This made barrel replacements a painful process because, in the heat of combat, an assistant gunner was expected to put on asbestos gloves that resembled oven mitts in order to remove the red-hot steel.
Additionally, ammunition belts occasionally got caught in the weapon.
A G.I. then had the wonderful notion to simply fasten an empty C-ration container to the left side of the receiver to allow the belt to glide over the curved surface.The military adopted the M-60E3, an improved variant of the machine gun, in the 1980s. Despite the Defense Department’s directive to phase out the M-60, members of the US armed forces continue to employ it.
The M-60 is favoured by SEALs, is regularly seen on Navy and Coast Guard ships, and is frequently found in the weapons room of Army Reserve forces. And 45 countries—many of them NATO or East Asian allies—retain the M-60 as their potent all-purpose machine gun. 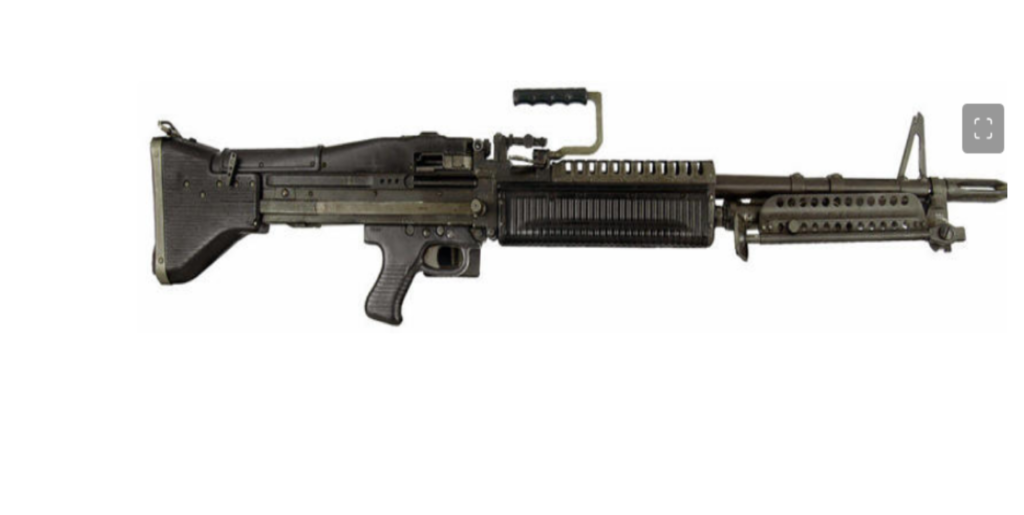