The term Brumby refers to the wild Australian horse that is most commonly found in the Australian Alps, Northern Territory and Queensland today. The Heritage Brumby is a direct descendent of the first horses who sailed from England in 1788 with the first fleet of immigrants and convicts.( as you are probably are  aware Australia was mainly settled by convicts from England otherwise known as the colonials)  Initially, only seven horses made the voyage. These mares and stallions were tough enough to survive the journey, and via natural selection and the principle of survival of the fittest, they further developed in the 1800s to withstand the extreme heat as well as the cold and icy circumstances of various sections of this diverse country.

According to legend, the first “Brumbies” belonged to James Brumby, a farrier and a early pioneer whose horses wandered freely throughout his New South Wales propertym in which theyquickly acclimatised ti the harsh enviroment of the Australian outback before he left for Tasmania in 1804. Brumby populations travelled the country with Australian explorers and farmers as their horses ran away, got lost, were abandoned, and even perished. Due to this, the breed received a wide variety of influences, including Clydesdale, Thoroughbred, Timor Pony, Arabian, and stock horses and these dufferent breeds have influenced the bloodlines if the tough Feritage Brumby because there was largse tracts of unfenced territory the horses could run freely and interbreded with each other.. Natural selection took over when the Brumbies were left to fend for themselves, and as a result, they evolved to be nimble, intelligent, tough, and with keen senses. Additionally, due to circumstances, some Brumby varieties developed that are now considered unique breeds eg the Pony of Coffin Bay

Their ability to fight is evidenced by the fact that they are used as war horses. The brumbies wandering free today may be traced back to those early lineages, including the renowned Arabian stallion Saladin. Horses from the Northern Tablelands of New South Wales were seized and bred for the remount trade and were known as Walers. They became well-known as war horses in World Wars I and II and the Boer War, as police mounts, and as working horses during the gold rush thanks to the numerous physical ‘types’ that emerged.

A group of Australian horse lovers are still raising the robust military horse breed that the Australian light horse regiments used in World War I.
In order to aid Australia’s war effort during World War I, more than 130,000 Australian horses were exported abroad.
Due to the fact that numerous walers were bred in New South Wales, they were the most popular type of horse.
Those who believe the war horse has a unique trait are still breeding walers today.
It is simple to see why these hardy Australian horses are so exceptional, according to a horse breeder from NSW who raises walers on her property close to Ipswich in Queensland.

They had the power and stamina essential for this type of work, as well as the ability to move quickly when needed and have a calm disposition; they did not frequently overreact
They have to remain controllable during a combat.
The Light Horse Brigade utilised some of the hundreds of Australian horses who were shipped overseas during World War I, while others were used for transport – hauling troops, supplies, and artillery.
In desert regions, these Walers are extremely helpful. Horses weren’t particularly useful in combat on the western front, where machine guns and heavy artillery predominated, however they were kept behind the lines in the rear in case there was a breakthrough in the trench warfare. However, horses served as the vanguard of the advancing army in the Sinai and Palestine, where the terrain was more open, therefore there were a great deal of British, Indian, Australian, and New Zealand cavalrymen used in the Middle East. The breakthrough in Israel came when the Australian Light cavalry charged the Turks and overcame them due to the hardiness if this horse and bravery of hte men in charge. This famous charge spolt the end of turkish cintrol in Israel and alliwed the British to fully control this area. For movies see War Horse , Charge of the Australan Light and The Man from Snowy River.

Although the role of horses in combat is frequently romanticised, quarantine officials adopted a strict stance after World War I and forbade the majority of walers from returning home to prevent the spread of disease.
At the end of the war, there were almost 13,000 horses assigned to the Australian Light Horse, of which about 2,000 were euthanized for medical reasons. The remaining horses were allocated to other British empire forces, such as the Egyptian police or the Indian cavalry.
There is a sentimental tale that the light horsemen killed their mounts rather than allow them to fall into the clutches of the Arabs.
Just one waler came back to Austalia after the war  , the  horse General William Bridges rode before his death at Gallipoli, waler, made a triumphant return to Australia. Sandy the horse did not arrive back in Australia until the latter part of 1918.
The waler was officially recognised as an Australian breed in 1986, and today there are more than 30 waler breeders across the nation maintaining the old bloodlines. He was used in a few locations in France before being transported to England and then brought back to Australia under pressure from the government. It must of been a sad day for those soldiers to give up there horses as they served them so well many tried but they were turned down. Alot of the horses were shot by there handlers however sadly. As usual the Government hasn.t been this horse’s friend.

However, as equestrian use declined over the 20th century and demand for Brumbies diminished, wild horse populations grew as a result of abandoned animals. Brumbies soon turned into a problem as people became more conscious of the potential harm that wild horses could cause to certain of Australia’s delicate environments. To regulate Brumby populations, mass culls were sometimes carried out with the goal of eradicating them completely.

They are a horse that looks for a friend. They are a horse that, if they trust you, will do everything for you, and I find them to be incredibly loyal.
Waler horse
In Australia, there are more than 30 waler breeders who continue the traditional bloodlines.
There have undoubtedly been several narratives written about walers and the company they provided for the soldiers, and I believe it is still true now for riders.
The walers are being used as a type of rehabilitation by certain horse breeders for problematic teens.
There is hope that using the horses will assist soldiers who are suffering from PTSD. Numerous studies have shown that horses have been really helpful for people who need that kind of connection. It’s a wonderful opportunity to partner walers with returned soldiers in a way that may be therapeutic to them.
A century on, the waler may still have something to offer Australian soldiers. 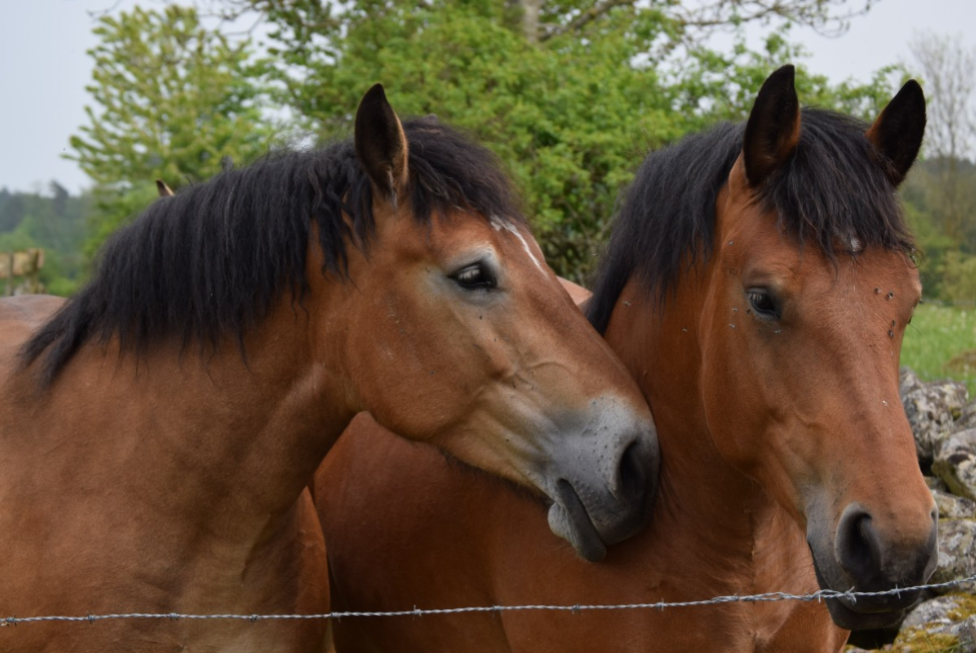